June 14, 2021
The June/July issue of Twin Cities Business magazine recognized Sheri Beck, assistant vice president, privacy and ethics officer at Prime Therapeutics (Prime) as a “Notable LGBTQA Executive 2021.” According to the magazine, this special editorial feature profiles “LGBTQA professionals who have shown the ability to effect change, demonstrated a willingness to share expertise, and exhibited leadership in specific initiatives or programs.” 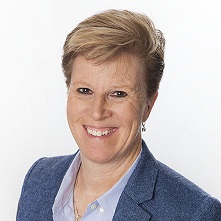 Beck attributes much of her success to the relationships she built throughout her career. She feels that when leaders not only say, but show it’s okay for people to be who they are, diverse views and greater achievements result. Beck not only leads Prime’s privacy and ethics teams, but she’s shown true leadership and helped create Prime’s Diversity & Inclusion (D&I) Council and Employee Resource Groups (ERGs).

As Prime’s privacy and ethics officer for the past 6 years, Beck is responsible for maturing Prime’s privacy and ethics programs. She grew the privacy team from two to eight employees. She put the right people in the right positions to help Prime achieve growth and protect members’ health data. One of the hallmarks of her program is the creation of privacy champions across the organization. These champions assist Sheri’s team in keeping privacy top-of-mind for employees. The ethics program is now replicating the successes of the privacy program.

Beck’s involvement in creating Prime’s D&I Council began several years ago. Early on in her tenure with Prime, she recognized the company had a diverse workplace that welcomed employees as they are, but there was no formalized representation of this culture. She helped plant the seeds for the D&I Council to be a vehicle for Prime to show it is an open and supportive workplace for ALL employees. Beck is also executive sponsor of PrimePride – Prime’s ERG for LGBTQ+ people and allies. In that role, Beck serves as sounding board to the energy and ideas from the group’s members to help ensure those ideas support Prime’s overall diversity efforts.

Beck also served as Prime’s Week of Giving chairperson in the fall of 2019. The annual corporate-wide effort to raise funds for Prime’s charity partners raised more than $344,000 under her leadership. She also incorporates volunteering into her teams’ activities. Thanks to Prime’s generous offering of eight hours/year of volunteer PTO, Beck and team have given their talents to Children’s Minnesota and Feed My Starving Children.

“Sheri is a champion for all,” said Renee Treberg, chief compliance officer at Prime. “We are very fortunate to have her as a leader at Prime and we are a better organization thanks to her involvement.”

Prime Therapeutics LLC (Prime) is a diversified pharmacy solutions organization serving health plans, employers and government programs. Prime is collectively owned by 19 Blue Cross and Blue Shield Plans, subsidiaries or affiliates of those plans. Magellan Rx Management, a Prime Therapeutics LLC Company, is a pioneer in specialty and medical drug management and a leader in serving public sector state government programs. Together Prime and Magellan Rx provide a wide range of clients with solutions that bridge the distance between medical and pharmacy management. For more information visit www.primetherapeutics.com and www.magellanrx.com, or follow us on Twitter at @Prime_PBM and @Magellan_Rx.

In its second cycle of charitable giving, the Prime Together Foundation recently awarded…

Before Prime Therapeutics puts its year to a close, the company looks back…