A passion becomes a career

Zabrina Watkins participated on a Career Development Days panel where she shared her path to becoming Prime's new diversity, equity and inclusion director. 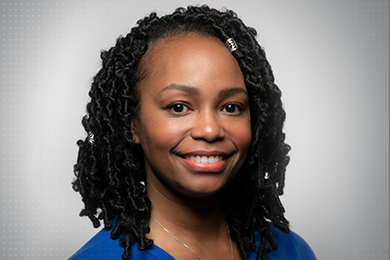 Watkins noted that because DEI roles at many companies are still relatively new, there isn’t a standard pathway to take. But, she was always intentional about her involvement in DEI initiatives throughout her career. Eventually, her passion became her full-time role.

In 2019 when the Diversity and Inclusion (D&I) Council formed at Prime, Watkins was named to the inaugural council, before serving as a co-chair in her second year.

“The Council was an opportunity to continue doing something I enjoyed,” Watkins said. “I had great leaders that had confidence that I could do my job as a technical writer and the work of a volunteer on the Council.”

During her two-year term, Watkins played a pivotal role in the creation of the first employee resource groups (ERGs) at Prime, in addition to participation in Diversity Career Fairs and the Pride Festival.

She was also an important part of the steps the Council took in 2020 after the murder of George Floyd, such as hosting employee listening sessions and community volunteer opportunities.

“The Council really had to kick into gear in 2020. We had a three-to-five-year plan, and some of those things we had to do in the moment. It really pushed Prime forward in the D&I space,” Watkins said.

When the DEI director position opened earlier this year, Watkins immediately knew she wanted to apply. She was excited for the opportunity to turn her volunteer work into a career. In addition to her new role, Watkins still serves on the D&I Alumni Board and as a member of each ERG.

“When I started as a volunteer, I didn’t necessarily see this as a position I can get paid for,” Watkins said. “It wasn’t something I was looking to get into, it was just something I enjoyed. It ultimately turned into a career for me.”

“I’m honored to take over this role and continue to push Prime forward in the DEI space.”

Replay: “Beyond the Script”: Prime + You