Prime Therapeutics commits to fostering a culture of disability inclusion 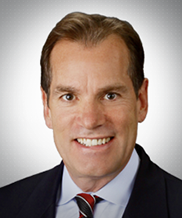 “At Prime Therapeutics, we are committed to a workplace that is welcoming for all. When others see disabilities, we see abilities, we see talent, and we see the next generation of teamwork. Inclusiveness makes us a better and stronger organization.” said Paulus. “We’re committing to benchmarking Prime’s progress with the Disability Equality Index® (DEI), on which we earned an initial score of 90 earlier this summer.”

The letter leverages the perspective of CEOs and encourages companies to join the DEI, the leading corporate benchmarking tool for disability equality, which is administered by the non-profit organizations American Association of People with Disabilities (AAPD) and Disability:IN.

The joint letter also acknowledges the value of disability inclusion, and how it increases the potential for innovation, sustainability and profit. For example, according to the DEI, leading disability-inclusive companies stand to gain as much as 28% higher revenue, double their net income and attain 30% higher economic profit margins than their peers. In addition, it states that over one billion people live with a disability, so if just 1% of the untapped individuals who identify as having a disability were hired, the American gross domestic product (GDP) could increase by up to $25 billion.

“Prime is committed to prioritizing diversity and inclusion efforts across the company,” said Zabrina Watkins, diversity, equity and inclusion director at Prime. “This is one facet of our overall journey to become a more inclusive workplace.”

Replay: “Beyond the Script”: Prime + You

Prime Therapeutics named a Best and Brightest in Wellness winner