Give up on biosimilars? Never! 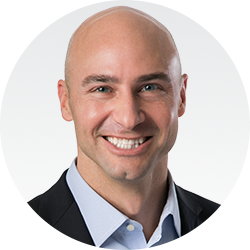 I feel like I should be passing out cigars.

Based on recommendations Prime made in its Medical Business Committee (formerly known as the Specialty Drug Strategy Committee) meeting in September 2018, Prime’s Blue Plan clients are starting to save millions of dollars with biosimilars. And there’s more to come.

It’s been a long road to get here

For a host of complex reasons, the United States market has resisted the financial relief biosimilars have been delivering in Europe.1,2 Europe has approved 43 biosimilars; the U.S. Food and Drug Administration (FDA) has approved just 26 of them. Of that 26, only 13 are now marketed in the U.S.

How are Prime and its Blue Plans saving money with biosimilars now? What’s changed?

Of the 13 biosimilars launched in the U.S., five treat neutropenia, a condition that’s often a side effect from cancer. Those five biosimilars are granulocyte-colony stimulating factor (G-CSF) drugs; they emulate the body’s own G-CSF to help patients with cancer replace white blood cells depleted by chemotherapy.

Of those five G-CSF drugs, four were just launched in 2018 and 2019. That makes for big changes in one drug class. That causes downward pricing pressure for all the drugs in the class.

Patient turnover based on the condition: More than 11,000 patients with cancer develop neutropenia every year. Most patients that need treatment for neutropenia only take G-CSF drugs for about six months. That means the pool of patients is constantly renewing.

Following the September 2018 recommendation from Prime’s MBC meeting, three Blue Plans changed their medical policies. Their medical policies preferred the biosimilars over the reference drug in the G-CSF class, starting in the first half of 2019. Prime’s other Blue Plan clients added biosimilars to their formularies but made the selection neutral.

By year-end 2019, the formulary-neutral Blue Plans saw biosimilar conversions at about 18 percent. But the three Blue Plans who took an active management approach preferring biosimilars saw high conversion rates of 70 percent, 73 percent and 97 percent. Collectively, this delivered a cost savings of $4 million. 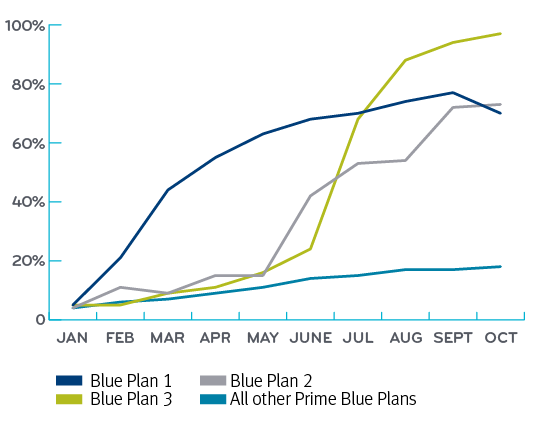 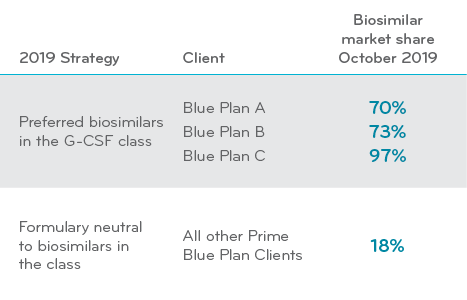 We presented these findings to Prime’s December MBC meeting. Needless to say, the Blue Plans who actively preferred biosimilars on their formularies were proud to help us present these findings.

If all Prime’s Blue Plan clients prefer biosimilars in the G-CSF space, we project savings of $41 to $55 million a year.

If all Prime’s Blue Plan clients prefer biosimilars in the G-CSF space, we project savings of $41 to 55 million a year. Let’s do it again.

Two other opportunities exist to capitalize on biosimilars in the oncology space.

Together, we engage in decision-making for the specialty drugs that have such a big impact on medical spend. Together, we shape drug management strategies for the future, achieving savings to help keep these life-changing and costly drugs available to members.

September 2022 decisions expected from the FDA