Using integrated data to search for FWA is where Prime can make a difference. 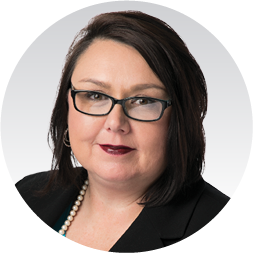 June of 2018 marked the largest health care fraud takedown in U.S. history: charges against 601 individuals were responsible for more than $2 billion losses. It involved 13 million illegal opioids and 76 doctors across 30 states.1

Unraveling a fraud case starts with a clue, like pulling on a loose thread

Sometimes the clue comes from a nurse or a pharmacist making a phone call to the FWA hot line. Sometimes an online audit will reveal the flaw. A fraud investigator (put analytics in motion and started making connections.

Traditionally, PBMs have focused on pharmacy investigations using pharmacy data. Health plans focus on medical data, and investigate physicians and members from that perspective. But pharmacy and medical claims go together. When you look at one without looking at the other, you’re not seeing the whole picture.

Prime brings it all together. Prime can look at both medical and pharmacy claims. And look at them together. Prime’s new FWA system has the analytical capabilities to identify FWA in the system — wherever it comes from — members, prescribers, and pharmacies.

Opioid FWA occurs when people “doctor shop” to get more medicines than appropriate by seeing multiple doctors. It also occurs when pharmacies or patients create or alter prescription orders, or when prescribers overprescribe drugs beyond guidelines. This can have potentially deadly results.

Our sophisticated analytics looks for thousands of known patterns and outliers, and prioritizes them. We look at the very top of the list for the best leads to pursue first.

We collaborate with our health plans. We show them what we’ve found and match it up with information they’ve found about prescribers and members and pharmacies. That helps us identify and collect more data and evidence for the next steps.

Finding how it all weaves together

Another fascinating element of our advanced analytics is called links analysis. A cross between a spider web and string art, it’s a visualization tool that maps how members, physicians, pharmacies and their owners are related and interact.

A visualization helps illustrate the shifting of claims, or hiding money. It can reveal multiple pharmacy ownerships and transfers of ownership.

It makes it easier to tell the story to law enforcement in a way they can understand. Believe me, explaining the health care payment system is not easy. Pictures help!

As I mentioned, our analytics produces thousands of leads and ranks them. And we work with our health plans to align on priorities for actionable results. Here are three recent examples.

This pharmacy submitted a high volume of claims for high cost topical drugs, approving prior authorizations (PAs) with fraudulent information. The pharmacy used an intermediary to process the PAs and get approvals from a phantom prescriber accounts. The PAs were approved by an orthopedics firm called T. Ortho.

IP validation confirmed that the PAs from T. Ortho originated from the pharmacy. (IP stands for internet protocol – it’s the “address” of your computer.)

PAs used 62 different phantom prescribers, none of which were affiliated with T. Ortho. All PAs listed the same medications as tried and failed. All PAs stated that the members were being treated for:

A look the pharmacy’s financials showed paid claims amounts that were twice as much as its comparison peer group of pharmacies. All this data was gathered, prepared and given to the health plan for action.

This member went to 10 prescribers and 10 pharmacies over 12 months. But one prescriber accounted for majority of the member’s Percocet prescriptions. The member had a total of 48 separate prescriptions for a total of 1,870 tablets in one year. There were 14 medical claims related to emergency room visits over that same period.

We identified that the member had previously worked at same clinic as the primary Percocet prescriber. The member had a history of intentional self-harm and had a diagnosis of opioid dependency.

The investigation concluded that the prescriptions were forgeries and consisted of drug-seeking behavior. The evidence was referred to the health plan for action.

Analytics identified a physician whose top five prescribed drugs were all considered as high risk for telemedicine fraud. Looking deeper in the analytics, this doctor was also highly connected to pharmacies that had been connected to telemedicine fraud cases. There were also a lot of claims where the member, prescriber and pharmacy were located in three different states.

We began to follow up.  Patients we called told us that they had never seen or heard of the prescriber. The physician had already been excluded from two health plans.

We put our evidence together and gave it to the health plan for action against the physician.

As you can tell from just these few examples, many people think that using different pharmacies or doctors can hide illegal activity. But it can’t. We are getting better and faster at finding illegal activity. We have excellent teamwork with our counterpart special investigative units (SIU) at our Blue Plan clients. We talk through cases regularly. We also talk about which cases are crossing state lines and including more than one Blue Plan.

Our deep understanding of medical and pharmacy claims gives us a competitive advantage in fighting FWA in the opioid epidemic. Authorities find it very valuable that we can provide solid, visual evidence, coach them on understanding difficult payer concepts, and help them build multi-state coalitions with our Blue Plan clients.